Confidentiality, Limitation of Liability & Other Terms Every Contract Manager Should Know 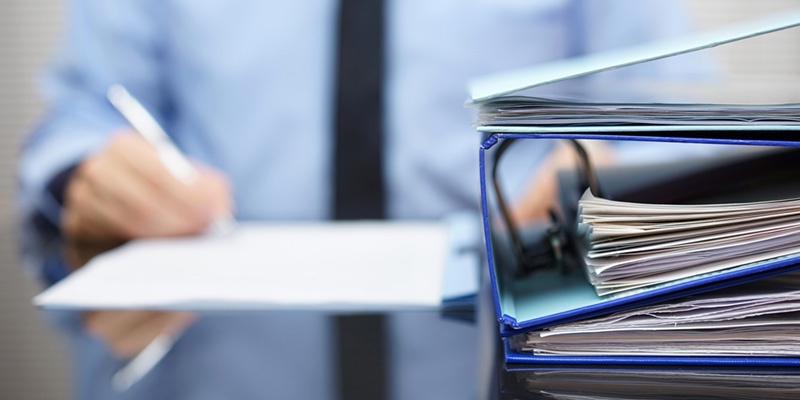 Contracts are ubiquitous in an organization, representing the company’s formal relationships with a multitude of parties. The process begins with one or more representatives of the business negotiating contract terms with employees, suppliers, customers, and many other interested stakeholders, such as utility companies, service providers and real estate lessors. Contract managers are typically tasked with monitoring the contracts for payment, performance, and compliance with a wide variety of outstanding contractual terms.

Depending on the number of contracts being managed, along with their level of complexity, managing the contracts can be time-consuming and complicated. Moreover, anyone who has ever read a contract can attest to the fact that they contain numerous “terms of art” and other words or phrases with special legal meanings. In this article, we will discuss some contract management terminology that’s popular in the world of contracts.

Imagine that your company produces a product or service that it sells to customers. Because you’re a thoughtful risk manager, or maybe just a worrier by nature, you have concerns about liability for damage caused by your product. You think, wouldn’t it be great if our customers would agree that even if the product causes harm, we won’t be responsible for it, or at least the company’s responsibility will be limited to a specific amount. Well, you’re in luck! That’s exactly what limitation of liability clauses accomplish, and you’ve probably seen this contract management terminology everywhere!

Certainly, they can be much more complicated than our example, but the concept is that liability can be limited (either totally or partially) under the circumstances or to an amount specified in the contract. Keep in mind that, while such clauses are awesome when it’s your liability that is limited, they’re not nearly so cool when they favor another party and it is your right to recover that is being limited.

Two or more parties often have a good reason to share information with one another that they do not want made public. Under such circumstances, the parties may enter into a confidentiality agreement or incorporate a confidentiality clause into a contract which also addresses other issues. These agreements are also commonly referred to as Non-Disclosure Agreements (sometimes referred to as NDAs).

For example, when parties settle a lawsuit or dispute, they often agree the terms will remain confidential. Or, as another example, consider a company that sells a product, such as glue made from a proprietary blend of polymers. For business reasons, the company decides to hire a third party to manufacture the product. The owner of the product would likely enter into a confidentiality or non-disclosure agreement with the manufacturer to protect this valuable information. Similarly, companies and individuals enter into confidentiality agreements to protect trade secrets and sensitive business information.

Time Is of the Essence

This is classic legal jargon which means that delay in performing the contract will constitute a breach. For example, assume that two parties enter into a real estate sales agreement. Both parties know that lots of things still have to be done before they can complete the transaction. Perhaps there are issues of zoning, financing, and construction permitting which all have to be explored and accomplished before the deal should be consummated. Nevertheless, the parties specify that the sale must be completed by a certain date, and that “time is of the essence.”

In a way, it’s like saying that the contract must be completed by a certain date, and we really mean it. And we know what you’re thinking – isn’t time always of the essence? Actually, no. Many courts will construe a contract without a time is of the essence clause to only require compliance within a reasonable time. Of course, this can vary by state and the particular issue being addressed. So, perhaps the next time your significant other is running late for an important event, you can just remind him or her that time is of the essence. And if you’re not a lawyer, you’ll sound quite elegant using this contract management terminology, all while saving three years of law school and thousands of dollars in student loans!

At ContractSafe, we appreciate the many hats worn by contract managers, and strive to make life easier by providing industry-leading contract management software with an ease of use that is second to none. We embrace advanced technologies, including state of the art security, use of the cloud, and OCR for scanning and storing all of your contracts in a single repository. Why not start your free trial today?