Do you need full-lifecycle CLM?

A lot of Contract Lifecycle Management (CLM) software is created for large companies with very high contracting volumes and full contract lifecycle needs- from drafting a contract to contract renewal. Most businesses don’t need these capabilities and can’t afford these larger solutions. They do not generally draft their own contracts -- they’re often the ones signing contracts created by external third party vendors.

Let’s take a look at the different pre-signing and post-signing stages in the lifecycle of a contract, and which stages your business might benefit from when looking at CLM solutions.

What Are the Pre-Signing Stages of CLM (and Does Your Business Need These Features)?

Pre-signing stages include drafting, red-lining, approval, and the signing/e-signing process. Although some full CLM software include these features, most companies prefer to keep their documents in Microsoft Word during the initial stages, and here’s why:

First, people don’t like change. Plain and simple, “if it ain’t broke…don’t fix it!” Microsoft Word handles templates and redlining really well, and almost everyone knows how to use it. Changing to a new system may seem more efficient, but for all the people that need to be trained and change their typical work patterns, it can be a big time sink for little gain. In addition, many of these “Redline” solutions are not as fully developed as Microsoft Word and can create some frustrations for your team.

Second, it can be more expensive! You already are paying for Word or using Google Docs. Adding features that you don’t really need can dramatically increase the cost of a new CLM. Make sure you are clear on your “Need to have” features vs your “Nice to haves.”

Finally, while it is appealing to automate a lot of upstream processes, this automation can be timely and change frequently. Systems that streamline the upstream operations are typically more complex and require more investment of time and money to get set up. Then, as soon as something changes (Barbara in Finance is no longer in the signing chain), the automation needs to be changed. Often this can’t be done in-house or easily. When this happens, people stop using the system.

What we have found in speaking to many companies is that, while the concept of automating the upstream CLM process is attractive, the reality is often disappointing, expensive, and frustrating. 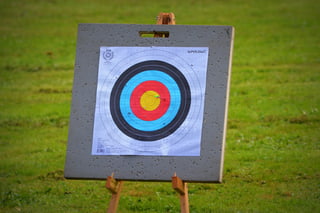 The post-signing stages of contract management are typically more important than the pre-signing stages. They include contract repository, tracking, compliance, searching (and finding!), reporting, sharing, and renewing.

Failure to track contracts effectively can cost a business thousands of dollars Recently, a wealthy enclave in San Francisco lost control of their private street because their homeowner’s association failed to track their compliance with city obligations. It looks like it will cost them tens of thousands of dollars to regain control of their street because of a $914 oversight!

Another big, visible failure in contract renewal occurred in 2011, when a ski resort management company in Park City, Utah failed to send a lease renewal letter on time. They lost their bargain-priced, 20-year lease, resulting in millions of dollars in legal fees and ultimately the loss of the resort.

Large companies are not the only ones that face these challenges. On a smaller scale, a local PTA was disbanded and forced off the school property for failing to meet state and district requirements dating back ten years. There are hundreds of businesses each year that find themselves locked into a contract for another year with a vendor they no longer want because they failed to terminate the agreement according to its terms. One survey found 65% of business litigation was related to contracts.

Losing track of contracts or contract obligations is a common challenge businesses face, especially if more than one person handles a contract. While many businesses rely on email, the Documents folder, or cloud storage like Dropbox or Google Drive to store contracts, this form of document management makes it difficult for others to find the document, and is hard to manage user access to protect document confidentiality. Shared drives don’t have native Optical Character Recognition (OCR), so scanned documents often get lost. Or a search can turn up too many documents if drafts, amendments, and other supporting documents are all stored together.

These small details can be overlooked if you don’t have effective and efficient contract management that makes it easy to find contract requirements.

How Can CLM Be Made Easier for Businesses?

Many companies look to a contract lifecycle management system as a solution for the chaos of their current contract processes. Many CLM software options offer far more features than most businesses need, which can be costly, both in terms of fees and hours of implementation. If the system is overly complicated, it can also result in employees resisting the system and creating workarounds that further disrupt compliance. Stories of failed CLM software implementations are common, and can often be avoided.

For most companies, using existing tools and processes upstream, and a solid repository with reminders and security features downstream is enough. In particular, for companies looking to migrate from the “shared drive/excel tracking” world, it can be much easier and more successful to move to a system like ContractSafe, rather than a full lifecycle system.

A cloud-based system, like ContractSafe, makes it easier for involved parties to access and manage the contract following signing. ContractSafe offers a solution that includes optical character recognition (OCR) in a cloud-based platform, meaning that all parties can easily search the digital contract (including scans) to find what they need. It’s easy to store attachments, track amendments, or even keep earlier versions of the contract. There is a full audit trail so no information is ever lost. It’s easy to track key dates, and email the appropriate parties for renewals, audits, payments or any other key dates. And custom information can easily be tracked so that reporting is a snap.

The last thing anyone wants is to be the person who lost control of the street, mountain, or even the PTA’s role at the school because a contract requirement was overlooked. By choosing an easy-to-use, right-sized contract management system that offers the most important post-signing features without any of the complicated features you won’t use, you can ensure those disasters won’t happen.